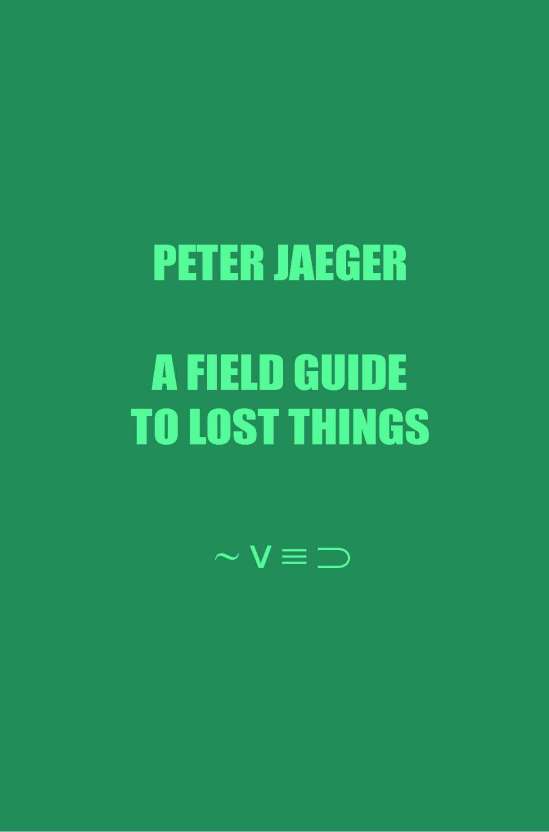 About the book
A Field Guide to Lost Things reconfigures every single image of a natural object in CKS Moncrieff’s 1922 English translation of Marcel Proust’s Swann’s Way—the first three novels of In Search of Lost Time. The guide includes images of nature encountered by Proust’s characters in rural landscapes, cities, towns and parks, as well as in the bodies of other characters.

About the author
Peter Jaeger is a Canadian text-based artist, poet, and literary critic now living in London. He is the author of eleven books, and his most recent publications include John Cage and Buddhist Ecopoetics (Bloomsbury 2013), 540493390 (Veer Press 2014). He has also shown bookworks and performed his work at various galleries and art festivals, including MACBA in Barcelona, the Whitechapel Gallery and the ICA in London, the Arnolfini Gallery in Bristol, and in Turkey at the 12th Istanbul International Biennial of Contemporary Art. He is Professor of Poetics at Roehampton University in London.